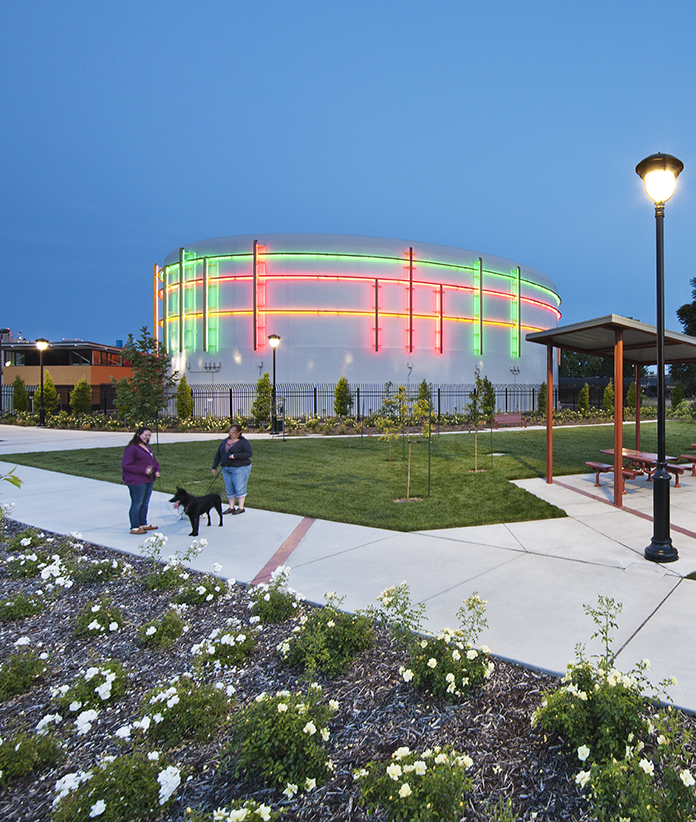 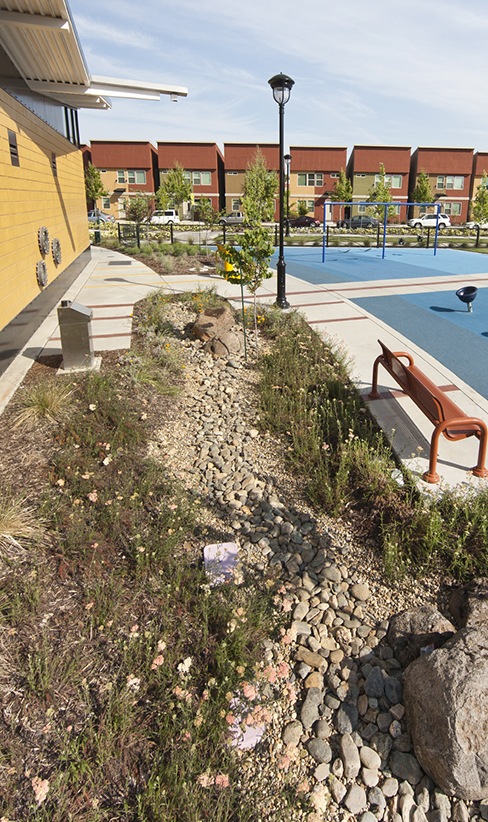 As industry moved out of West Sacramento’s Bridge District, the City re-imagined its growing number of vacant properties and underutilized warehouses as a dense, pedestrian-friendly, mixed-use extension of downtown Sacramento’s urban fabric. Jerome D. Barry Park was one of the city’s first improvements, intended to anchor, establish the character of and set the standard for this ambitious neighborhood revitalization effort.

Located at the end of one of the district’s main thoroughfares, this two-acre wedge of urban park is dominated at its center by a 3-million-gallon water facility, installed to serve the district’s domestic water needs.

Unable to hide the looming presence of the water tank, the facility was re-imagined as a park feature through aesthetic treatment of the tank and integration of the pump building as an interpretive feature. The resulting urban park is an amenity for the growing population of residents and business people, and an identifying beacon for the developing neighborhood. 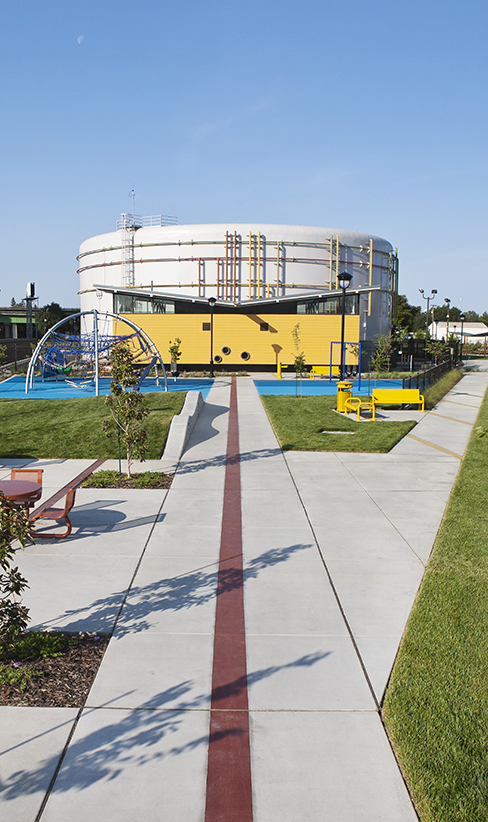 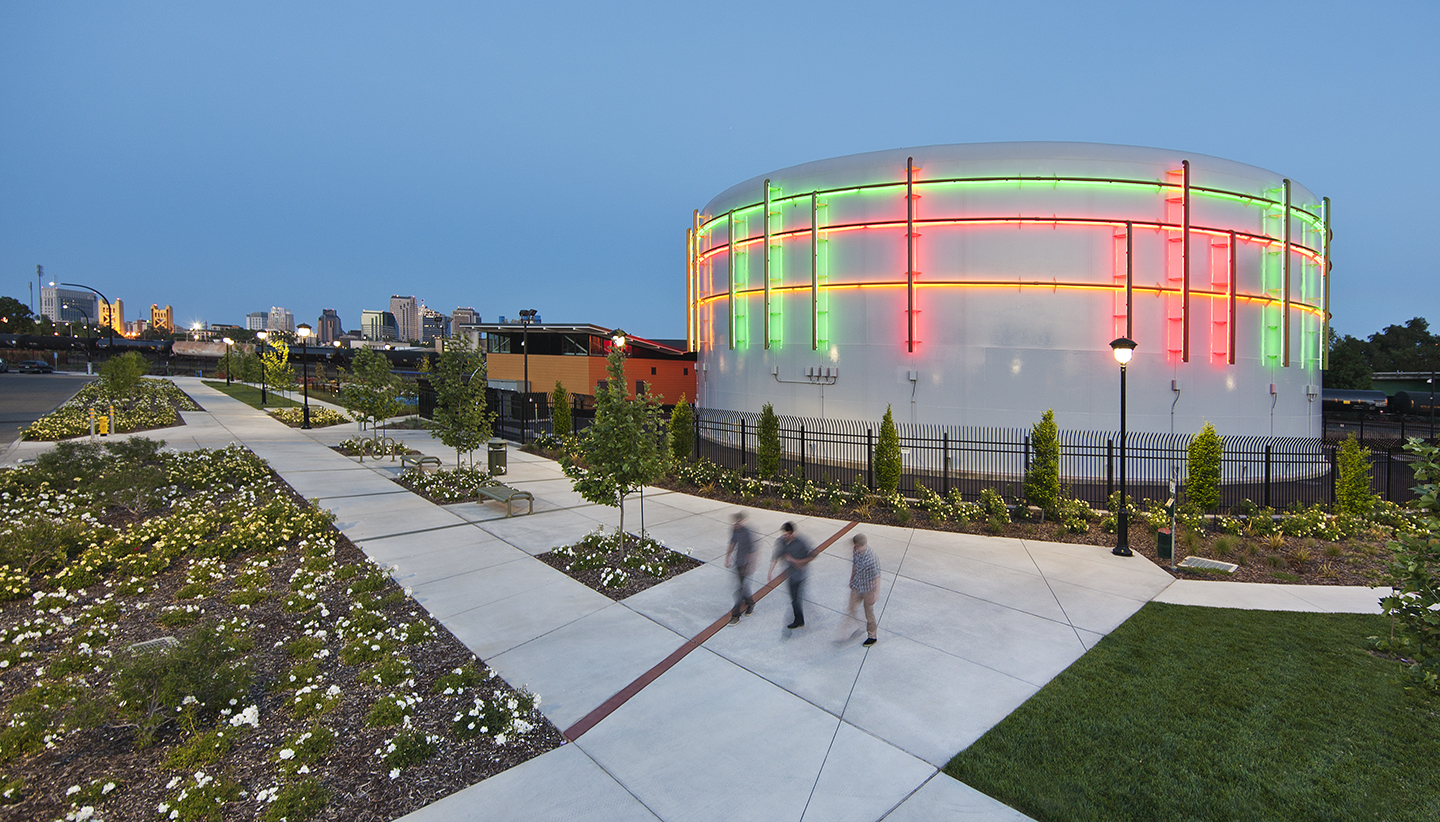 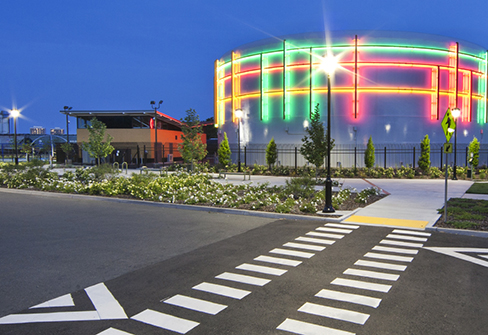 CALA was hired by the City of West Sacramento to guide a community-oriented process of master planning and ultimately constructing a new urban park. The award-winning design includes classic park elements centered around a massive water tank that doubles as an interpretive element and colorful neighborhood feature.