San Jose staff, led by CALA’s Connect action group, recently joined fellow bike enthusiasts to support a less car-dependent community by participating in Bay Area Bike to Work Day, held on May 9, 2019. We hosted an energizer station on the Lower Guadalupe River Trail—one of 104 energizer stations organized by Silicon Valley Bicycle Coalition (SVBC) in Santa Clara County. By 8 am, we were ready to meet, greet, feed, and encourage the many bicycle commuters who stopped at or passed by our table. We saw nearly 200 riders, including riders from San Jose’s “Movers and Shakers” group, led by Valley Transportation Authority General Manager and CEO Nuria Fernandez and SVBC Executive Director Shiloh Ballard. 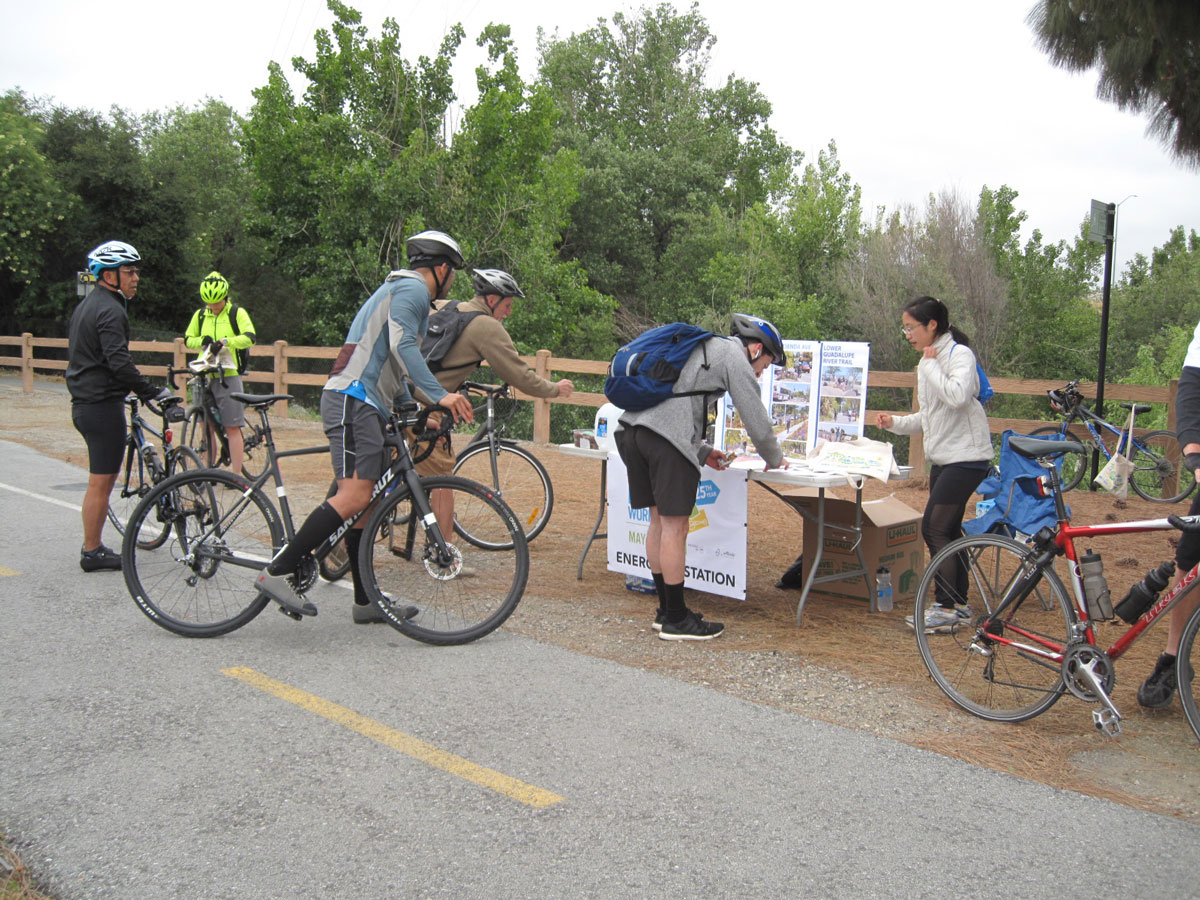 Among those enthusiastic souls who chose to bike were our very own Grant Huang and Melinda Wang, who logged over 20 miles in total along city streets, Coyote Creek Trail, and Guadalupe River Trail to get to work. It was heartening to see all the cyclists who chose to get up early to ride, doing their part to help the environment and show that it IS possible to get to work without a car AND to have fun doing it. 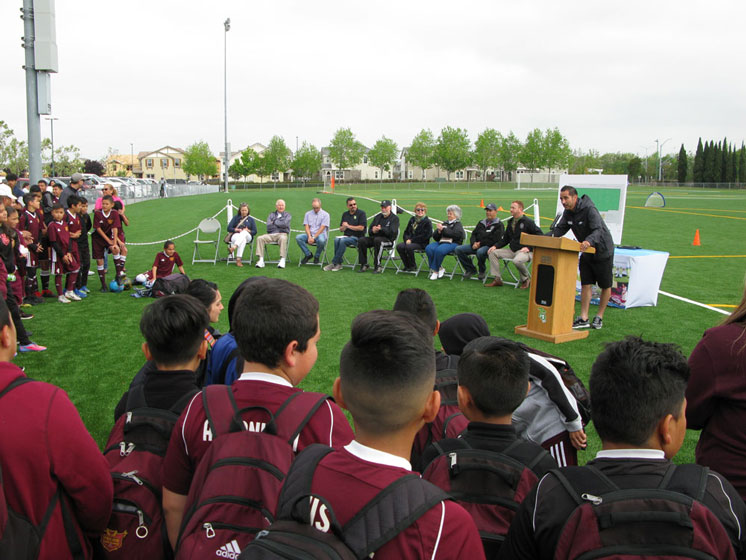