Park design is often a collaboration of the wants and needs of the neighborhood it resides in. City staff embraced the challenges...

Park design is often a collaboration of the wants and needs of the neighborhood it resides in. City staff embraced the challenges set forth by the community for the two newest parks in the Springlake neighborhood of Woodland, Ca. Callander Associates was charged with making their vision a reality. Plans for both parks were developed from input from the community over many public workshops and outreach efforts. Through that process, the designs of the park changed to meet the wants and needs of the neighbors.

After rain delayed the two Grand Openings to Woodlands newest parks, anticipation grew. For the two late afternoon openings of Springlake Park and Rick Gonzales Sr. Park in April, the City was met with large crowds of happy and hungry patrons. Both parks were filled with not only the new amenities but food, ice cream, face painting and other fun activities. 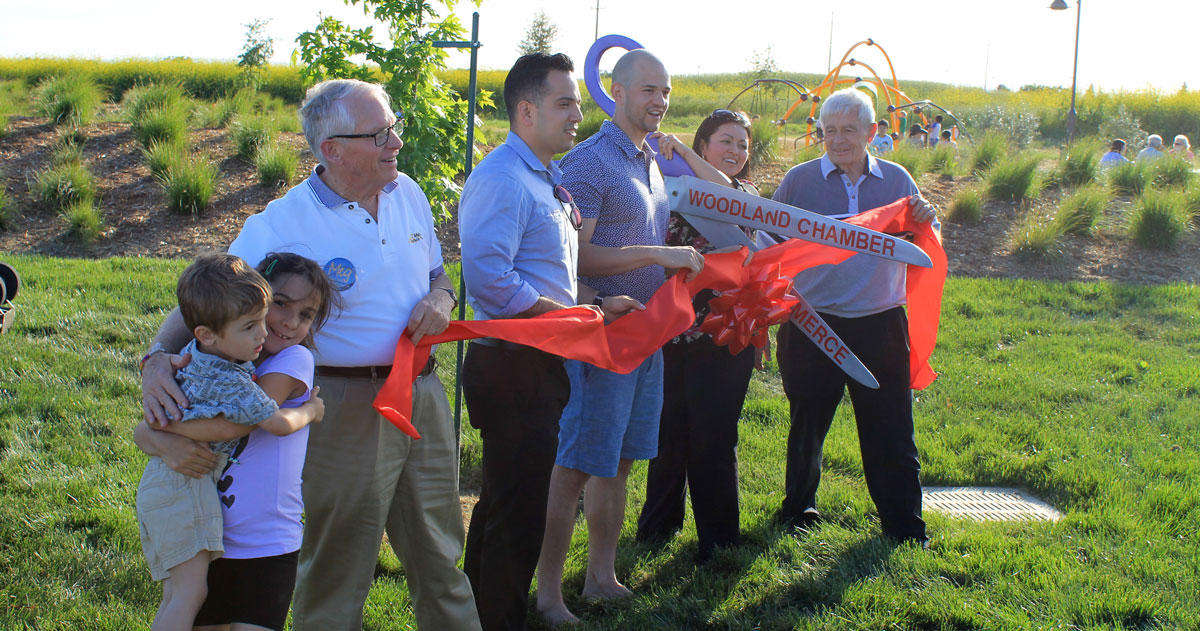 Springlake Park was the first to cut the ribbon. This park has been a build it, they will come concept. Roads did not yet exist when the park was conceived and designed. Now, just 3 years after the designs were developed with community input, roads are paved and residents have moved in. Just like the community surrounding it, the park will expand to a full 7.5 acres once homes around it are completed. Two concepts were presented to the neighbors with similar amenities but vastly different spatial arrangements. The community wanted less lawn and more natural open space. Concepts were revised to reflect that change.

This park features two large teardrop shaped landforms called Drumlins that signify movement and creation of space. They are planted with native grasses and create a fun feature for kids to expand creative play. As the park expands to future phase, the landforms will provide transition from the traditional park space to a natural and explorative play experience. Besides the multi-use field, tot lot and picnic area currently constructed, the park will include a picnic shelter, school age play structure, half basketball court, restrooms, creek play element, native plantings, bike path and nature trails.
Rick Gonzales Sr. Park

During the first public workshop, which brought out many folks to the “standing-room-only” meeting, the neighbors requested the whole 10 acres be reserved for parkland. The original zoning for the area included 2 acres for commercial development. Through the public process, it was determined that the park could include the entire 10 acre parcel. Although budget allowed for only 8 acres in the first phase, the neighbors were happy their voices were heard. The completed park includes a perimeter path and running trail, fitness stations, large picnic shelter, restroom, sand play area, informal ballfields, non-traditional playground complete with rocks and ropes course and a zipline. Future phase will include a basketball court, tennis courts and parking lot. Dedication of the park was made for to a local community leader (Rick Gonzales Sr.) and a Mariachi Band played as the ribbon was “cut”. A fitting way to celebrate progress and the power of community! 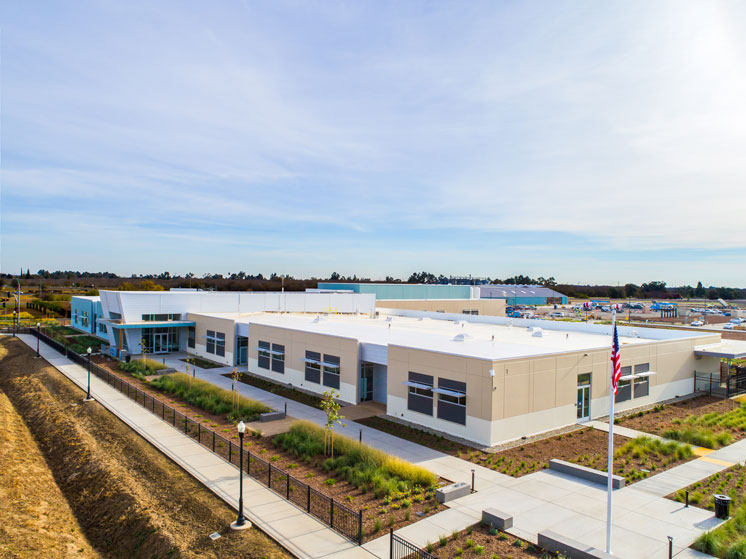