Saddle Up and Ride into the Osage Sunset

Imagine if you could go back in time to the Wild West!

You are racing the train down the rail corridor on your beloved horse when the train comes to a halt at a little station. You are immediately drawn to the quaintness of this town and curiosity leads you down the main road. As you ride over to find a place to draw up your horse you are greeted with smiles, hat tipping and curtsies by several locals. All of a sudden you see a dust cloud coming through the town lead by a slew of horses..and you realize CRIMANY, it’s a STAMPEDE!

Okay, so I let my imagination run wild with this theme, but I expect that I am not the only one when it comes to Osage Station Park! Located in Danville, the park is only a short distance from the Iron Horse Regional Trail, and as the name implies, this trail was once a rail corridor. It was the presence of the railway that provided the original theme for the park.

Originally built by the County prior to the Town’s incorporation, the park offered something for everyone, including athletic fields, play areas, a water feature, picnic areas and a rose garden. As the park matured, its attractiveness only increased, but changes in the regulatory climate dictated that changes to the park had to follow. The water feature which was in the middle of the play area had to be shut down, rendering a large area of the park unusable and as such was the “tipping point” to undertake a substantial renovation. The renovation afforded the Town the opportunity to address some programmatic deficiencies as well.

Osage’s play area felt a bit like an old Hollywood movie set complete with an Old West Town façade.  Made of wood, the play area was long on charm but a little short on durability. To make matters more challenging, other themes had crept into the scene, diluting the original concept. During the community outreach process, the plan for the play area quickly coalesced…the ‘old west’ theme would be restored! 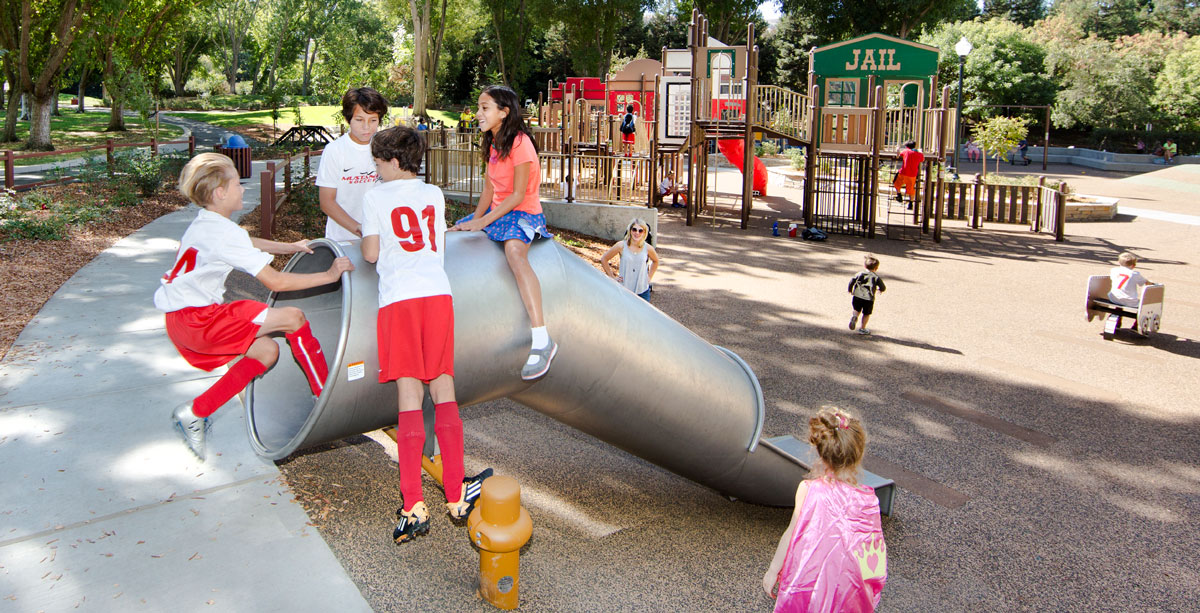 Now children can let their imaginations run wild again in an inclusive, sustainable and safe play area. A number of thematic elements were introduced to strengthen the old west theme, including:

To create a space that can compete with all the distractions that children face today is no small feat.  Though TV was the goliath of the past, today TV pales in comparison to any number of small, portable handheld digital devices.  Though the ‘digital divide’ continues to narrow, the tendency of digital devices to only divide us further from the real world continues to grow. Creating spaces that engage the senses and the spirit has become more important than ever and Osage Station Park provides such an opportunity.

The setting is pure magic and allows for engaging in play with others, engaging the imagination, and engaging in the glory of nature for little and big pioneers alike! Are you ready to saddle up and ride into Osage Station Park? 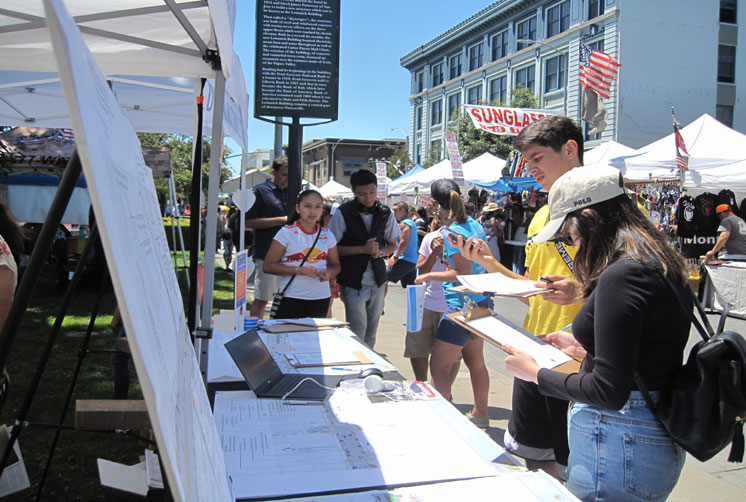